What’s with the Diddley Bow? 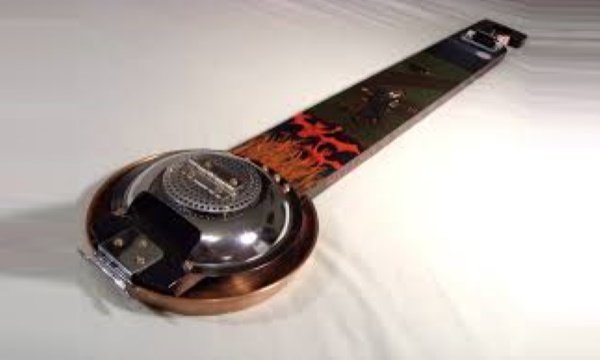 You’ve heard of Bo Diddley but what’s a Diddley Bow? This is a fascinating single string instrument whose origin stems from the Ghana coast in West Africa. So if you are touring that end of the Dark Continent then you may run into the original version but here in the states you’ll be hard-pressed to find one anywhere other than the rural south way deep in the Delta in fact. But when you find it, time will stop while you listen to a rare and mesmerizing sound that you have never laid your ears on before guaranteed.
So who were the first to play this instrument?

The first to play the Diddley Bow were none other than kids! They would play it in teams as one child would beat on the one string with a stick and the other would assist the pitch and change it with a slide made from another stick.

What other names shall we know you by?

In America we are notorious for adopting things and changing them. So the Diddley bow has a few aliases such as the ‘jitterbug’, the ‘one string’ and a more formal name coined by music scholars the ‘monochord Zither’.

Sounds fun can I make one of my own?

The answer is a resounding yes! And you won’t break the bank doing it. In fact the constriction is so rudimentary that you could find the parts in your garage! The Diddley Bow is composed only of a slender wooden plank, a string you could use a fishing wire for or and two screws at either end.

Did you know that the Diddley Bow was played by Mississippi Blues musician Lonnie Pitchford? On Pitchford’s grave there is a playable Diddley Bow on his stone. Other notable Diddley Bow musicians include; Eddie ‘one string’Jones, Napoleon Strickland, Moses Williams and Compton Jones.

The history of the Diddley Bow’s landing in America began with its sojourn to this country by African slaves. This instrument was not an instrument at all but a children’s toy. But later on in history as these children grew up and had children and freedom was enjoyed by the next generation , the toys of the slave days gave way to the six string guitar and left the Diddley Bow to a few loyal enthusiasts with a few sporadic revivals over the years including today. Jazz and blues festivals will have a featured few. Lonnie Pitchford is the multi-talented musician that can be credited with keeping the Diddley Bow alive. Though his talents lie in bass, harmonica and harmonica, his passion for the Diddley Bow never allowed him to stop playing it or teaching others how to play it. You can find his story in the documentary American Patchwork, Songs and stories of America Part three: The Land where Blues Began.
So there ya have it; a plank, a string, two screws and another rich contribution to American Music History.