The ‘Father of Blues’ and ‘Son’ 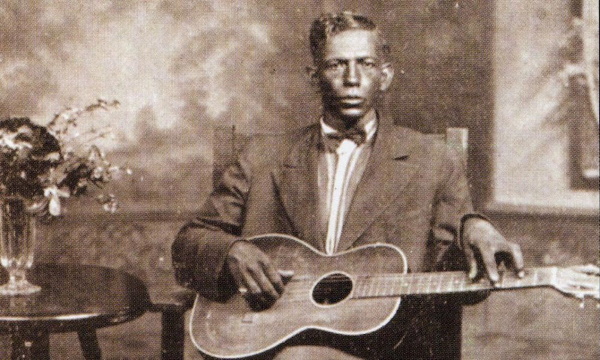 Charlie Patton affectionately deemed the “Father of Blues” was one of the most influential men on the blues music era. He earned that name because he was one of the earliest recorded bluesman and taught a group of assorted blues artists that would go on to play a big part in that music genre.

His mentor was a gentleman named Henry Sloan a mysterious man that because he was never recorded has been lost and it is not likely that we will ever really know anything more about Sloan. He made a large enough impact on Patton because he spent all of his free time as a bluesman and the rest working the cotton fields at Dockery Plantation located 20 miles south of Clarksdale, Mississippi. He learned guitar there and went on to mentor some of the most historically popular bluesman ever known.
Then there was ‘Son’

He then met Son House, they developed a way of playing called ‘clowning’ which was playing behind your back and between the legs. A preacher and a church pastor, Son turned to blues performance at age 25 and soon met Charlie Patton. Charlie was so impressed with Son’s style that he invited him to sessions and performances in 1930 he invited him to record but unfortunately the depression was going strong and records were just not selling. Locally they both stayed popular and continued to mentor soon-to-be blues greats like Robert Johnson and Muddy Waters. In 1941 they were recorded for the Library of Congress and this is how their sound spread outside of the region and in 1964 some young record collectors who were familiar with Son House discovered him in Rochester N.Y. he enjoyed being an entertainer to young white audiences in coffee houses and folk festivals he even made some concert tours.

His active years were cut short as he moved and in his words stopped playing the blues due to the fact that Charlie had died, Robert Johnson had died, as had Willie Brown another traveling music partner… and Son thought that as music was associated to the devil and his music, he might be next!

Check out the passion of the great Son House here and you will see why I name him as my Hero of the Delta Blues styling http://youtu.be/NdgrQoZHnNY

and then give a listen to Charlie Patton’s music – http://youtu.be/336dDZsU1Eg ….. and you’ll here that influence in my 2009 release Depot Man.