From the Bayou to the City: The Louisiana Blues 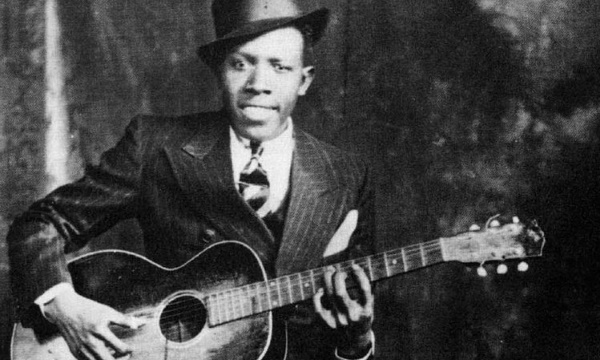 The Blues of Louisiana is not quite the Blues of the Delta.  Yes, geographically, the Delta is partially in the state of Louisiana, straddling the Mississippi River.  The musical traditions of the Mississippi side are well-known, and make up most of what we call “Delta Blues.” But later, after the Delta Blues had made its mark, on the Louisiana side, there developed lesser-known but equally important Blues traditions, and only by understanding them, particularly through listening to them, can we start to get a clearer picture of the Blues as it developed. When you say “Louisiana Blues,” most casual fans, even those who consider themselves to be well-versed in the Blues, draw a blank. They might think of Fats Domino-style Rock & Roll, or of Dixieland Jazz, or of Zydeco, but rarely Blues. Although it has been somewhat overshadowed by its more famous cousin from the Delta, the Louisiana Blues has a rich history and a long-reaching influence. In the years that followed World War II, the Delta Blues as a form began to wane, and as it traveled into the cities and other Southern regions, and also as it migrated north and became the electric Blues of Chicago and St. Louis, it evolved.  And nowhere did it evolve more interestingly than in its own back yard.

There are two basic styles of Louisiana Blues: the slow, gritty, low-down “Swamp Blues” of the rural areas and bayous, and the faster, more urban, Jazz-influenced “New Orleans” style. The Swamp Blues is best characterized by the music of artists like Lightnin’ Slim (James Moore, 1924-1970) and Slim Harpo (Otis V. Hicks, 1913-1974), who shared a taste for slow tempos, stomping beats, guitars heavy with reverb and tremolo, and boogie structures. If you wanted to find the uncredited influences on rock artists like Dale Hawkins or Creedence Clearwater Revival, look no further. Swamp Blues’ hypnotic style evokes late nights, smoke-filled rooms, whiskey, and trouble.  A great example of Lightnin’ Slim’s brand of Swamp Blues can be heard on “Mean Old Lonesome Train,” issued on the Excello label in 1957:http://www.youtube.com/watch?v=4cZPoGJjsJs

Slim Harpo’s somewhat more shuffle-influenced style is best heard on his often-covered classic, “I Got Love If You Want It,” also from 1957 on Excello:http://www.youtube.com/watch?v=eJncHZgBkWQ

In New Orleans, the Blues took a jazzier, big-city turn. Often piano-based (although guitars are still prominent), with strong elements of Caribbean music and Dixieland Jazz, New Orleans Blues took on a more laid back style than its country cousin, often employing slowed-down rhumba rhythms and a triplet feel that allowed bands, as any musician could cryptically tell you, to play “fast and slow at the same time.” Exemplified by the recordings of NOLA legends like Professor Longhair (Harry Roeland Byrd, 1918-1980) and Guitar Slim (Eddie Jones, 1926-1959), New Orleans Blues records showcase the beginnings of the second-line style of Funk music that The Meters (who worked with Professor Longhair in the 1970s) would cook up in their own polyrhythmic stew.

Professor Longhair’s style is best appreciated in his classic, “Go to the Mardi Gras,” rhumba beat firmly to the fore, with the Professor’s own cooking piano underscoring his exhortations to join the yearly madness of Fat Tuesday.  Comparisons to Fats Domino are inevitable, but Professor Longhair had an earthier style. http://www.youtube.com/watch?v=0wAMr3V5lN4

A great introduction to Guitar Slim’s music is “The Things I Used to Do,” famously covered by Stevie Ray Vaughn and numerous others. The mid-tempo, Blues triplet style is one of the cores of New Orleans Blues:http://www.youtube.com/watch?v=HCeb-28W26kOnce you’ve dipped your toe into the waters of Louisiana Blues, whether sitting on the levees of New Orleans or fishing in the bayous, you’ll want more and more. Once you’ve explored a bit, come back here for more Blues exploration!